Customized Training for Horse and Rider

You can never rely on a horse that is educated by fear. There will always be something that he fears more than you. But, when he trusts you, he will ask you, what to do when he is afraid.
~ Antoine de Pluvinel

The key to any relationship is trust, and that is particularly important when it comes to horses. To be able to get your horse to trust you, you will need to know what’s important to him. Why he does the thing he does and be able to communicate in a way that ‘works’ for your horse. Respecting the horse for the animal it is and understand his ultimate needs.

When you watch a heard of horses at pasture, you’ll realize that they don’t make a lot of noise. Sure, there is the occasional snort and squeal, a nicker here, a neigh there, but for the most part, horses don’t vocalize.

Horses communicate extensively through body language. A horse immediately picks up on emotions and notices the most subtle movements. Take, for example, a group of horses grazing together. If the more dominant horse decides he wants a particular patch of grass where another herdmate is eating, he uses body language to tell his subordinate to move. He will lift his head toward the “lesser” horse, typically with his chin elevated and his ears pinned back. If the lower-ranking horse doesn’t move out of the way within a few seconds, the dominant horse will lunge toward him, mouth open and ears flattened, and will usually bite his herdmate’s shoulder or hindquarters. If the lesser horse shows any aggression in return, the leader will typically spin around and fire a series of rapid kicks.

The dominant horse, male or female, instinctively increases the amount of pressure needed to move the other horses. We, humans, can learn a lesson from this example. So many people jerk on their horse’s reins, hold a constant pressure, or kick hard to make them move. The key is to start with minimal pressure and only increase it if you aren’t getting the response you want. Release the pressure as soon as your horse responds appropriately.

As prey animals, horses are constantly on guard for predators. (Your horse considers you a predator, no matter how much you love him.) Given the choice, they would always rather run than fight. This is not something they learn; it’s simply an instinct they are born with. You can expose a horse to many situations and build his confidence, but he will always remain a prey animal. If you keep this in mind when working with your horse, you will be a step ahead of many other horse owners. It’s important to understand that horses are flight animals. If something scares them, they try to leave. They will only fight if they are cornered and have no other option.

Many owners make the mistake of treating their horses like big dogs. However, dogs (like humans) are predators, so they are different in their emotional needs, body language, and the way they interact and view virtually every situation. There is one common mistake that people make when it comes to relating to their horses: They fail to establish leadership within the relationship. The horse is a herd animal, and within the herd, there has to be a hierarchy and a leader responsible for everyone’s safety. Horses demand this. Being a herd animal isn’t something the horse chooses; it’s how he’s made.

When you get a horse, you develop a two-being herd—you and the horse. If you’re not responsible for being in charge, then the horse has to take control. That’s when people start running into behavioral problems and get hurt because the horse has no direction. He will choose his own direction and take care of himself first.

In a herd of wild horses, there is always a definite leader, and that horse is responsible for the safety of the entire group. Other herd members will constantly challenge the leader to make sure he or she is still strong enough to protect them. So long as there is a leader in control, the rest of the horses can relax.

For example, when a lesser horse in a herd sees something spooky, he will often run a short distance before stopping to look back and see if what scared him was really worth running from. The rest of the group may not even quit grazing. In just a short time, the frightened horse will settle down and go back to grazing. If, however, the dominant horse sees something and decides it’s worth running from, the entire group will go along. That’s because all of the horses respect the leader, and if he says, “Let’s go,” then they quickly respond.

Horses don’t plot against us or try to come up with ways to frustrate us; they are simply doing what we allow them to do. In many respects, horses are like 5-year-old kids that happen to weigh 1,000 pounds. They will constantly push boundaries to see how far you’ll let them go. But as you reinforce those boundaries and consistently take on the role of the leader, they will begin looking to you for permission and guidance. 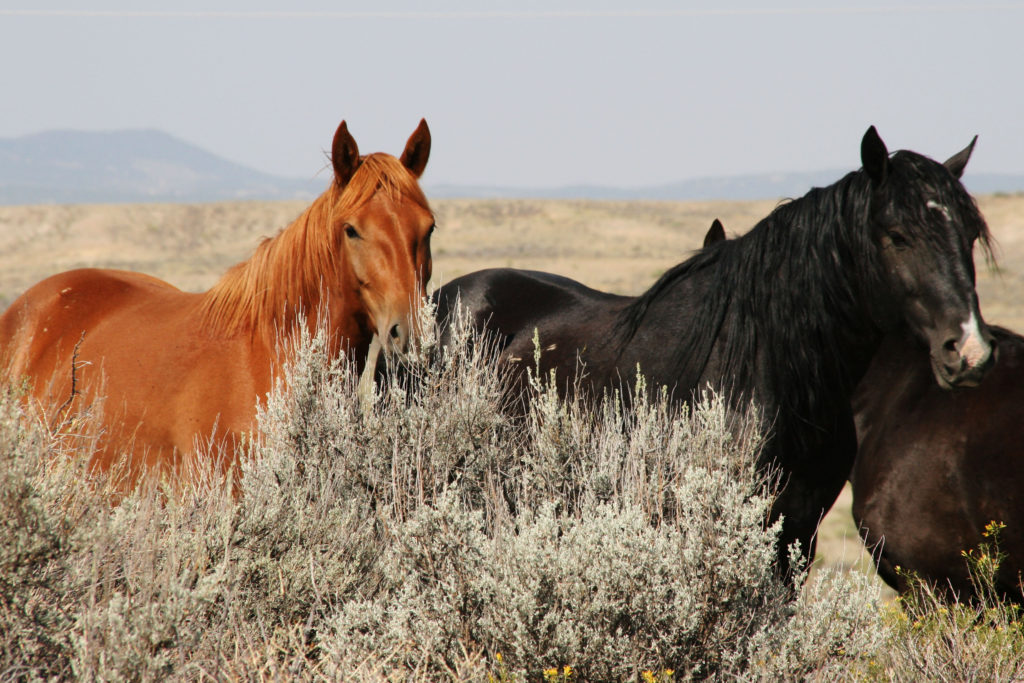